How to Make Classic Chocolate Mousse

Is there a better dessert in the world than elegant, old school, light-as-air chocolate mousse?

The trickiest elements of making a chocolate mousse are easily eliminated by using a microwave. By using it to quickly heat a sugar like corn syrup, there is no chance of the accidental crystallization that often happens when boiling table sugar on the stove, and therefore no chance of a gritty mousse. A microwave is also the best method for melting chocolate; the gentle heat allows for smooth, even melting every time. The recipe is best done with a handheld mixer, as beating the eggs to ribbon stage by hand is arduous.

It is important to note that the mousse will appear runny once completed. Don’t worry, you did not do something wrong. A true chocolate mousse needs a few hours to set up firmly once poured in serving glasses and refrigerated, it will come out exactly as you were hoping. If you are planning to use the mousse as a pastry filling or would like to layer a cake, refrigerate the entire bowl to set up before using.

There you have it: the best classic, old-school, chocolate mousse….light, decadently creamy, and indulgently chocolatey!

Two-to-one odds says none of you reading this article have ever, ever tasted true chocolate mousse. What most of you have been eating is a feeble revamping that has unfolded over the dessert’s life span, which is more of a pudding mixed with whipped cream. If you had the bona fide thing, chocolate mousse would be on every restaurant menu in America by demand.

It definitely came close in the 1970s and 1980s. In its heyday, chocolate mousse was the dessert leader on a restaurant’s menu, and New York City was the capital of chocolate mousse. Historic establishments such as Lutece, Le Côte Basque, La Cirque, La Caravelle, La Grenouille, Le Perigord, Sign of the Dove, Petrossian (to name a few) all served an elegant, classic, chocolate mousse.

If you had tasted the real thing you would never ask, “What dessert should I make for my dinner party?” because the answer would always be chocolate mousse.

Chocolate mousse is an edible conundrum:  light and airy, yet also sinfully rich and indulgent. Its elements are already the most alluring of fare on their own, but through a dash of culinary maneuvering they surpassingly are made even more glorious. A classic chocolate mousse must always use the finest chocolate available, and if you’re keen to a smidgen of spirit, choose a bottle that inhabits the top shelf. The completed mousse may be sandwiched between moist layers of genoise (sponge cake), stuffed into baseball-size spheres of choux pastry, or frozen into bombe forms. Or, better yet, scooped into a wine goblet and devoured with a spoon.

Mousse is a light yet rich food that is beaten until airy; the world means “foam” in French. It is made with four components:

Mousses can be both sweet or savory, hot or cold, and in individual portions or served from a larger dish. Dessert mousse is typically served cold and savory mousse hot.

The exact emergence of chocolate mousse in France is unknown. Chocolate, which was brought to Spain from Mexico by the conquistadors in 1529, arrived in France with the marriage of the Spanish princess Ann of Austria to Louis XIII in 1615. At that point chocolate was only a hot beverage, but, no doubt, before long, the creative French chefs at the palace began to experiment with chocolate.

However, chocolate mousse was still more than two centuries away. Alexandre Viard, a chef to Louis XVl and Napoleon, described it in the 1820 edition of his culinary encyclopedia, Le Cuisinier Royal ou L’art de Faire la Cuisine (the royal cook, or the art of cooking).

The term “mousse au chocolate” also appears in a French language dictionary published in 1857. The popularity of chocolate mousse really began to take off when the French artist Henri de Toulouse-Lautrec (1864-1901) came up with a recipe he first named “mayonnaise au chocolat.”

No artist captured the bohemian underworld of 19th century Paris with the wit and verve of Lautrec. His paintings and posters of cabarets, cafes, dance halls, and brothels define the way we still think of Montmartre, which in Lautrec’s day was a pleasure seeker’s shadowland at the limits of respectability. Lautrec, a gregarious and free-spirited aristocrat who loved drinking, women, and fancy dress is now chiefly remembered as the chronicler of the seedy, uninhibited side of the belle epoque.

Surprisingly, Lautrec was well known for his culinary skills and developed many dishes of which his rendition of chocolate mousse has survived the test of time.

Chocolate mousse came into the public eye in the U.S. in the 1930s about the same time as chocolate pudding mixes were introduced.

There are printed citations of mousse that date back to 1887. In 1892 the Boston Globe published one of the first recipes for chocolate mousse. However, these were for a chocolate pudding-type dish, instead of classic airy mousse.

Chocolate mousse grew in popularity with the post World War II growth of French cuisine in America and was further spurred by the arrival of many French chefs and their opening of fine restaurants serving this singular dessert.

So why is it that we no longer find ourselves preemptively quivering with pleasure when we hear the words “chocolate mousse?” Why has it been exiled from modern dessert menus? Likely because, as with most of the resplendent things in this world, we’ve found a way to effectively strip it of all the splendor it’s supposed to contain. Chocolate mousse used to evoke a Pavlovian feedback of wanton appetite. Now, except for some high end steakhouses and elite French restaurants ($$), you’ve been subtly programmed to understand the name chocolate mousse as code for a disheartening letdown.

And so we must give proper credit to the dessert that is so extraordinary. I am here to redeem its reputation so it might once again enter the pantheon of food greats. This is a recipe for decadent, classic, old-school chocolate mousse. And I think it is fantastic. 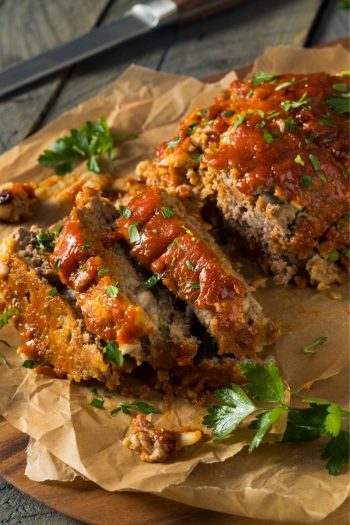 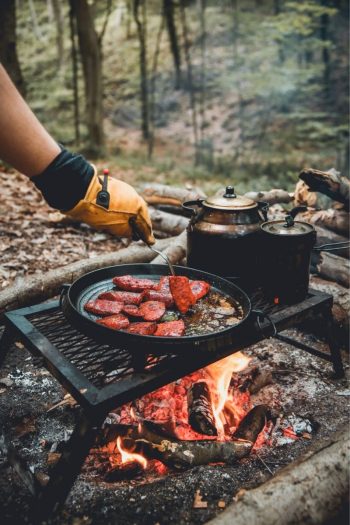 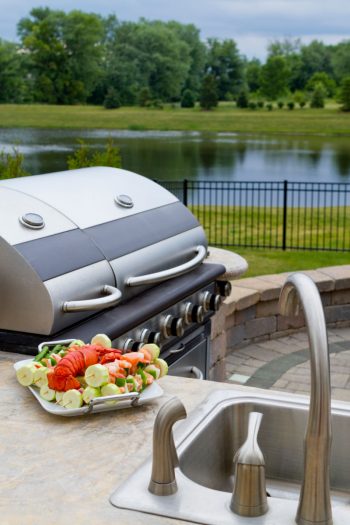