A Guide to Traveling Abroad as a Vegan

With the growing interest in veganism, you’ve probably noticed more and more vegan options popping up on restaurant menus and grocery shelves. Whether you’re a life-long vegan or just trying it out, you definitely won’t be going hungry. It’s easier than ever to follow a vegan lifestyle at home, but what about when you’re traveling?

What is Vegan Travel?

Vegan travel means maintaining a vegan lifestyle while you’re away from home. And if you’re not sure what a vegan lifestyle is, it’s living in a way that avoids contributing to any exploitation of animals or cruelty to animals, as far as possible and practical.

While most vegan travelers tend to focus on the food aspect of vegan travel, there are other things to consider as well. For example, a vegan would also want to refrain from using toiletries that had been tested on animals. Exploitative animal tourist attractions such as zoos and aquariums are also to be avoided.

That might sound a bit overwhelming at first, but don’t worry! There are plenty of ethical ways to view animals in the wild, and plenty of delicious vegan food all over the world. In addition to the growing number of vegan and vegan-friendly restaurants, you’ll often find that some of the traditional local specialties in your destination happen to be vegan.

While vegan travel can be easy, it does take a little extra planning and preparation. But rest assured, you can absolutely travel anywhere you want to while following a vegan lifestyle. And you can have some delicious culinary experiences too.

Here are 10 tips for making vegan travel easy and enjoyable.

If you do only one thing for your trip, make it this: download the Happy Cow app.

Happy Cow is a global directory of vegan, vegetarian, and vegan-friendly restaurants all over the world. It’s crowdsourced, which means that anyone can add a new listing, as well as reviews and photos.

Happy Cow has actually been around for more than 20 years in the form of a website. But with the recent surge in veganism the number of listings has grown exponentially in the past years. While the website is handy for doing pre-trip research, the app is a must once on the ground.

At the click of a button, you can see all the vegan options closest to you, no matter where you are in the world. And in addition to restaurants, you’ll find listings for health food shops, farmers markets, and vegan-friendly Bed & Breakfast places.

If you’re headed to a more off-the-beaten-track destination, you may not find very many listings on Happy Cow. But that doesn’t mean that there’s no vegan food where you’re going.

In this situation the next step is to find out a bit about the local cuisine and identify some dishes that are already vegan or can easily be veganised by leaving out an ingredient or two. That way you won’t need to rely on finding specialty vegan eateries. Instead, you’ll be able to walk confidently into traditional local restaurants and know what to order.

Usually, a local cuisine will have at least a few naturally vegan dishes, and some will have dozens to choose from. But there are some destinations where the local cuisine is just not very vegan friendly.

Take Switzerland, for example, where even the name of the country is synonymous with cheese. Or northern France, where most dishes are based on meat and dairy, and even vegetables are usually cooked in butter. If this is the case where you’re headed, you might want to steer clear of the traditional local restaurants.

Instead, seek out restaurants serving other ethnic cuisines that you know are vegan friendly. This isn’t hard to do, as virtually all of the world’s most popular cuisines (with the exception of French cuisine) include plenty of plant-based dishes.

At an Italian restaurant, for example, you’ll be able to get some tomato bruschetta and a veggie pizza or pasta dish without any problem. Or at a Chinese restaurant, you can usually ask to replace meat with tofu in any dish. Indian, Thai, and Middle Eastern restaurants are also reliable options.

It might be useful to find what kinds of ethnic restaurants are popular in the area you’re visiting. To continue with our northern France example, you’re sure to find a Moroccan restaurant in pretty much any town in France, so a vegetable couscous is never far away.

The best source for advice about where to find vegan food are the local vegans living in your destination. One way of connecting with them is by joining local Facebook groups. You can ask questions directly in the group, or just take a look at the recommendations in previous posts. As an example, if you were planning a trip to Cyprus you would search on Facebook for “vegan Cyprus” and then check on group tabs to see relevant groups. You’ll find there are several active groups for vegans in Cyprus, including one run by the Cyprus Vegan Society with more than 3,000 members and one devoted exclusively to sharing vegan products found in supermarkets. The latter would be extremely helpful if you are planning to prepare your own meals during your trip.

Another way of finding local recommendations is to search relevant hashtags on Instagram. The most obvious ones are hashtags with the word “vegan” plus the name of your destination, like #veganportugal or #veganlisbon.

In the vast majority of cases you’ll find plenty of food photos from locals and other vegan travelers who have passed through the place you’ll be visiting. If your destination is really off the beaten track, then you might just widen your search a bit, for example by searching for #westafricanvegan instead of #burkinafasovegan.

Just because you don’t see any obvious vegan options on a restaurant’s menu, that doesn’t mean you won’t be able to get a tasty vegan meal there. Don’t be afraid to ask restaurant staff to adapt a dish for you, or even to make something special that’s not listed on their menu at all. It might feel weird the first time you do this, but probably won’t seem weird at all to your server.

Nowadays, people in the food industry get special requests all the time from people with food allergies or other dietary requirements. If you ask politely, they are usually happy to help.

And if you are staying in a hotel that serves breakfast, send them a quick note in advance to let them know you are vegan and ask what they can offer. Most places will at least provide plant-based milk for cereal and coffee on request. And you will be surprised how many hotel kitchens will go out of their way to provide vegan yogurt, vegan croissants, and vegan Nutella.

Book Accommodations With a Kitchen

One way to ensure that you get to eat the food you want is to cook it yourself. Booking an apartment, villa, or another type of accommodation with access to a kitchen will allow you to prepare your own meals, so you’ll have no doubt about exactly what’s going into the dish.

It’s always a good idea to have an emergency stash of snacks on hand, just in case. We actually recommend this to anyone who’s traveling, vegan or not. You never know when you might get stuck in a traffic jam or have other unforeseen delays.

There’s no need to overdo it, remember that you’ll be able to restock during your trip if necessary. Healthy vegan snacks like nuts, dried fruit, and energy bars are widely available pretty much everywhere. The idea is just to always have something on hand to eat so that if you end up in a place with limited vegan options you won’t worry about being famished.

If you follow the advice above, you can go anywhere as a vegan. Your personal approach to travel should be to see as much of the world as possible, vegan or not.

If you are new to veganism and are nervous about this whole vegan travel idea, you might want to start with a destination that you know is going to be vegan friendly. And there are plenty to choose from!

You have cities with strong vegan movements like Berlin in Germany, Chiang Mai in Thailand, and Ubud in Bali. But then you also have plenty of countries whose traditional cuisine happens to include lots of plant-based dishes, even though veganism as a concept may not be widely known there. Examples of destinations with vegan-friendly cuisines include Italy, Greece, and India. Authentic Italian cuisine is much more than just pizza and pasta and includes many plant-based dishes featuring fresh vegetables and legumes, especially in the south of the country. There are also many vegan dishes in Greek cuisine due to the Greek Orthodox fasting tradition. Many religious people in Greece “fast” for up to 180 days out of the year. This doesn’t mean that they eat nothing at all, it just means they avoid certain animal-based products. With just a few exceptions, Greeks eat a vegan diet when fasting. By learning about the local cuisine, you will also learn about the local culture in the place you are visiting. India has more vegetarians than any other country in the world. More than 30% of Indians follow a lacto-vegetarian diet, so finding a meal free of meat, fish, and eggs is no problem at all. The only thing to watch out for there is dairy, which can usually be left out of most dishes on request.

Learn Some Key Words and Phrases

For many people, one of the biggest fears about traveling abroad is not being able to express themselves in a foreign language. It’s definitely a good idea to learn the words for meat, fish, dairy, and eggs in the language spoken in your destination.

This can be more useful than learning to say “I am a vegan,” since not everyone knows what vegan means. And if you’re not feeling confident in your language skills to express this on your own, bring along a phrasebook or app that will do it for you.

The best one around is probably the “Vegan Passport” produced by the Vegan Society in the United Kingdom. It explains in 79 different languages what vegans don’t eat and also gives plenty of examples of what they do eat. Originally available only as a paperback phrasebook, you can now download it as an app to your smartphone.

Hopefully after reading this you’ll feel more confident about being able to fulfill all your travel dreams while following a vegan lifestyle. But if you’re intimidated by the idea of doing all the research yourself or you just don’t have the time, there is another option.

A growing number of travel companies are now offering vegan tours in different locations all over the world, from Italy to India to Thailand. These include vegan-run companies that focus exclusively on vegan tourism, as well as mainstream companies that have recently started adding vegan food itineraries to their repertoire.

Sound exciting? Call Driftwood Travel at (843) 779-5788 and let’s talk about a vegan adventure holiday in Belize, a luxury vegan cruise through the glaciers and fjords of Chile, and much, much more. 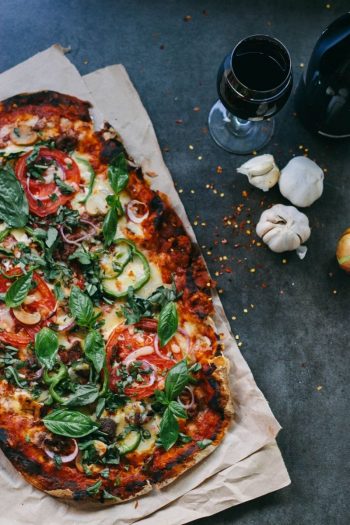 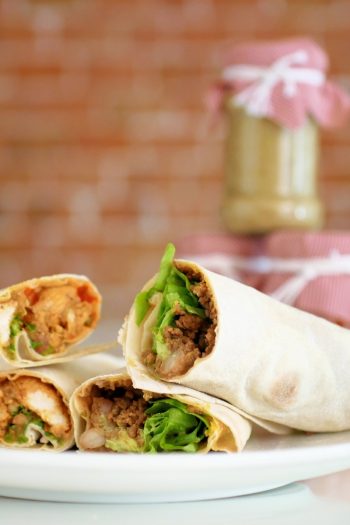